While cabernet sauvignon tends to get a lot more press, cabernet franc is the grape responsible for it—in fact, cab franc is the parent grape of both cab sauv and merlot. Clearly, you can’t have one without the other, and nowhere is that truer than in the Bordeaux region of France.

Bordeaux red wines allow five grape varieties: cab franc, cab sauvignon, merlot, malbec, and petit verdot. Once upon a time, carmenere was in the mix as well, but most of that was lost to phylloxera in the 1800s.

But I digress. Today we’re talking about cabernet franc, an often blended, widely misunderstood grape that makes a medium-bodied red wine in a wide range of styles. You don’t often see cab franc as a single varietal, and that’s down to its role in the Bordeaux blend, so let’s start there.

The French region of Bordeaux is home to some of the world’s most coveted, collectible, and long-lived red wines. Most of the top Chateaux are located along the Gironde Estuary that divides the region. On the Left Bank, cabernet sauvignon is king, while merlot takes the crown on the Right Bank.

And while top growths on either side can comprise 100% of any of the allowed grapes, they are usually blended to achieve the perfect balance of aroma, color, texture, and flavors. What the percentages end up being is highly variable from vintage to vintage, but each component plays a role.

In the case of cabernet franc, the dominant characteristics are its core of red berry fruit, its earthy and sometimes floral aroma, and a distinct peppery note ranging from green bell pepper in cooler years and regions to spicy roasted red pepper in hotter climes.

The flavor and aromatic profile of cabernet franc vary greatly, depending on where it’s grown. In cooler regions, like Chinon or Bourgueil in France’s Loire Valley, it shows sour cherry notes, tobacco leaf, and dried herbs. Usually considered a medium-bodied wine, it shows medium tannins and acidity, making it an excellent wine with all kinds of food.

You can find excellent examples of cool-climate varietal cab franc in Canada and the South Island of New Zealand. Regions that have trouble ripening cabernet sauvignon tend to lean on cab franc, as it ripens fairly early and dependably even in short growing seasons.

In hotter climates, like Australia, California, South Africa, and Argentina, cab franc is often blended with cab sauv to soften its tannins and add layers of red fruit flavors or with merlot to add some backbone.

Foods to Pair With Cabernet Franc

Classic food pairings with cabernet franc include roast lamb, roasted chicken with fresh herbs, or for hot-climate examples, steak poivre, steak frites, charcuterie, goat and sheep cheese (like pecorino), of hard cheeses. You can’t go wrong pairing a cab franc with spaghetti Bolognese or spit-roasted game birds. Cab franc is always a winner with holiday turkey, and it works very well with game meats like venison, especially when served with a blueberry or redcurrant sauce.

Are you ready to discover your next wine crush? Sign up for a monthly wine club subscription today! 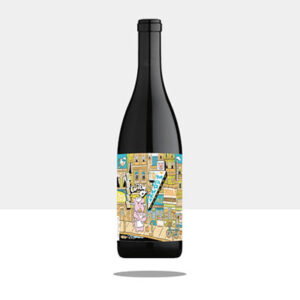 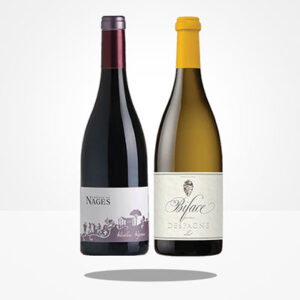 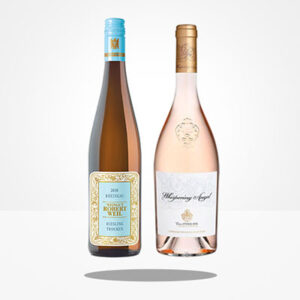